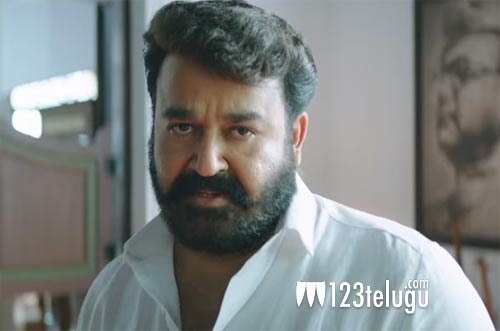 Malayalam superstar Mohanlal’s recently released political thriller, Lucifer, is having a record breaking run across the cinemas worldwide. The film has collected over Rs 65 crore within a week. Young Malayalam star Prithviraj Sukumaran has directed the film, which also has Vivek Oberoi and Manju Warrier in key roles.

Lucifer is gearing up for its Telugu release with the same title. The Telugu version’s theatrical trailer was unveiled this evening. The intense trailer hints that the film runs in the backdrop of politics and struggle for power. Lucifer’s producer Antony Perumbavoor is releasing the Telugu version through Suresh Movies.