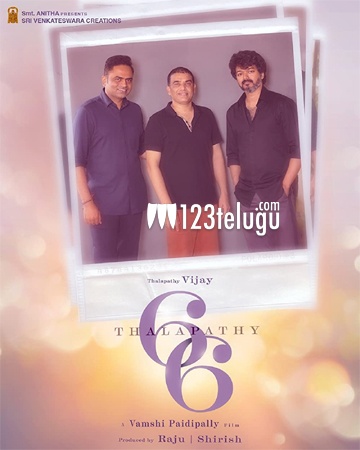 Kollywood star Thalapathy Vijay will be joining hands with Tollywood director Vamshi Paidipally for his maiden Tamil-Telugu bilingual project. Tentatively titled Thalapathy66, this crazy project will be bankrolled by Dil Raju on a massive scale. The film’s regular shoot will commence from early next year, after Vijay wraps up his much-awaited 65th, Beast.

Meanwhile, a crazy buzz about Thalapathy66’s storyline has been doing the rounds in film circles of late. Apparently, Vamshi has written a story in which Vijay’s character suffers from Erotomania, a rare mental health condition. A person suffering from Erotimania believes that a celebrity, wealthy, or a person of a high social position is deeply in love with them, while the person is actually not in love with him. Erotimania is also known as De Clérambault’s syndrome.

It will be interesting to see how Vamshi Paidipally manages to handle a top star like Vijay and his mass image with such an offbeat storyline.