Interesting revelation on Huma Qureshi’s role in Kaala
Published on May 29, 2018 2:30 am IST 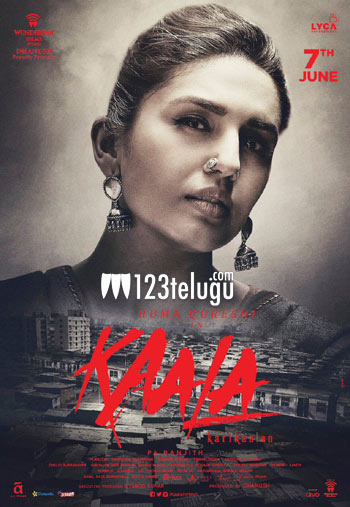 Even as the film’s release date is fast approaching, the buzz around Super Star Rajinikanth’s Kaala is intensifying with each passing day. Kaala features am ensemble cast comprising actors from Bollywood and Kollywood.

It’s well-known that Bollywood actress Huma Qureshi essays a crucial role in Kaala. And here’s an exciting update on her role in this highly-anticipated film. In Kaala, Huma plays Zareena and her role will age from 20 years to 50 years and she will be seen aiding Rajini’s Kaala character throughout the film i.e from his rise as a slumlord to a politician.

A poster revealing Huma’s aged character was released recently and it received a decent response.