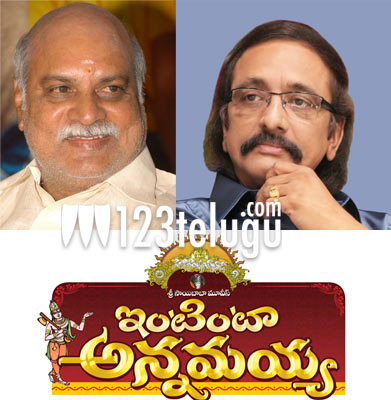 K Raghavendra Rao is going to direct yet another film based on Annamayya after delivering a smash hit with Nagarjuna back in 1997. However, this time it’s not based on the life of the devotional singer. The film titled Intinta Annamayya is set in contemporary times and explores the theme of how the songs composed by Annamayya are being used by the youth today. Yalamanchali Saibabu, who had recently produced Bapu Sri Rama Rajyam, is going to produce this film. M M Keeravani is going to compose the music for the film and the music sittings for the film are expected to begin soon. Buzz is that Yalamanchi Saibabu is going to introduce his son Revanth as a hero in this film; however, an official announcement is yet to be made. The film has two heroines and Ananya of Journey fame has been finalized to play one of the lead roles in the film. The film is expected to go on floors in October on the eve of Dusshera. More details about the film will be announced soon. Meanwhile, K Raghavendra Rao’s Shirdi Sai starring Nagarjuna is gearing up for its release on September 6.