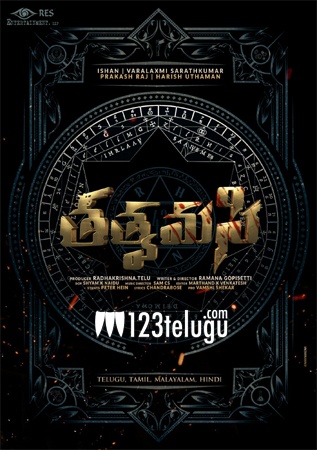 Young hero Ishan of Puri Jagannadh’s Rogue fame will be sharing screen space with talented Kollywood actress Varalaxmi Sharathkumar in a multilingual action entertainer, titled Tatvamasi. The film had its official announcement this morning through an interesting concept poster, with a blood-stained Kundali (Horoscope) in the background.

Tatvamasi is a Sanskrit mantra from the Advaita tradition, literally means “I am that”. Tatvamasi is one of the four principle Mahavakyas from the ancient Hindu text, The Upanishads. Tatvamasi is used to refer to the unity of Atman (the individual self or soul) with Brahman (universal consciousness or the Absolute).