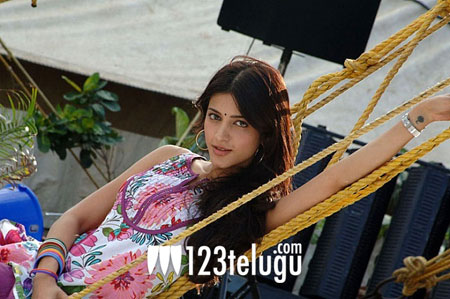 The Chennai girl has fallen hard for Hyderabad. “I’ve fallen in love with Hyderabad. It’s an incredibly warm and amazing city. And most importantly, it’s so clean.” But that does not mean she is Tollywood bound for good. If anything she says she has no such distinction. “I’ve never classified the movies I’m doing as Bollywood, Tollywood or Kollywood. A role is a role, no matter what the language.” Having said that one can surely say for the moment Tollywood is what is on her radar. After OMF, she says the project she most looks forward to is Gabbar Singh with Pawan Kalyan. Ask her about Ileana replacing her in that movie, she laughs off and says, she no longer finds such news disturbing. She confirmed that she is doing the film and is the main lead. The actress said after her dad, the actor she admires most is Suriya.