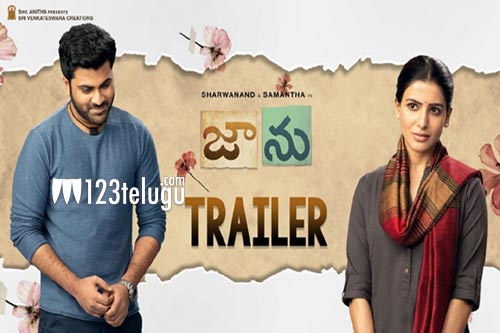 The much-awaited trailer of Jaanu is here and has hit the right spot and credit should go to both Sharwa and Samantha for their striking chemistry.

The trailer showcases a lovely bond between the lead pair as the makers have not lost the essence of the film in spite of being a remake. The young lovers showcased in the trailer also look good.

The background score and the visuals have been kept ethnic and as real as possible. The chemistry is amazing between Sam and Sharwa as both the actors look to give their career-best.

Samantha looks super settled in her role and brings a lot of depth to the whole proceedings with subtle emotions and expressions. Sharwa did not have much to do in the teaser but he is in his elements in the trailer and proves what a fab actor he is.