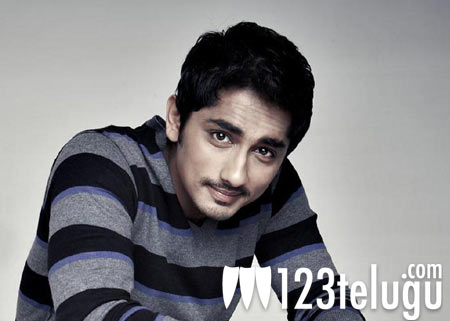 Siddharth is extremely confident about his upcoming film Jabardasth. It’s the first time he has tried his hand at doing a mass comedy role and he has stated that it’s his most timepass film till date. “Feb 22 – Nandini Reddy’s ‘Jabardasth’ releases. Really funny, really entertaining film. My most timepass Telugu film. Thank you Nandu:) Samantha, Thaman and our directors of photography mahesh & sanjay have made Jabardasth so special. Thank you guys!Brilliant cameos by Srihari garu and Nitya menen in ‘Jabardasth’. Srihari garu’s portions specially are simply spectacular. Thank you sir,” he posted on Twitter talking about the film.

Couple of years ago, Siddharth had acted in a film titled Bava in which he played a happy go lucky role. However, the film didn’t click at box office. Having acted in romantic films so far, Siddharth seems to be changing gears this year with films like Jabardasth, David Dhawan’s Chashme Baddoor and Sundar C’s upcoming comedy film lined up for release in the next few months.