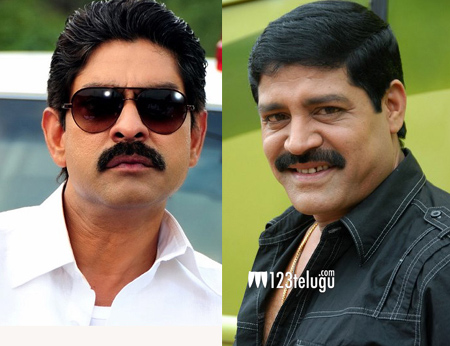 Real Star Srihari passed away about four weeks ago and left a huge void in the Telugu Film Industry. Apart from being a helpful and kind hearted guy, Srihari was also a prolific actor. He had the ability to carry a film on his shoulders with impeccable timing and sheer talent.

After Srihari’s demise, many directors and producers have been looking for an alternative. Slowly but surely, one man is emerging as the best choice for some of the roles and he is none other than Jagapathi Babu. The veteran hero may not have the imposing screen presence of Srihari, but he has the charisma, the glamour and the talent.

Jagapathi Babu expressed his willingness to work as a villain and in supporting roles. He is the main villain in Nandamuri Balakrishna’s ‘Legend’ and he has reportedly been approached to step into Sai Dharam Tej’s ‘Pilla Nuvvu Leni Jeevitham’, as a replacement for Srihari.

A few other filmmakers are now quite keen to cast Jagapathi Babu in crucial roles that require actors with stature.