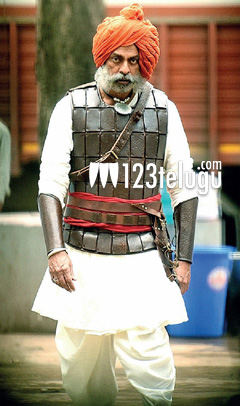 Jagapathi Babu is doing some of the most interesting roles in the recent times. Not only with his performance but with his looks too, the star character actor is making a style statement.

One such picture has gone viral and created a good interest for the audience. The picture shown above is from JB’s Hindi debut where he plays a bad guy in the film.

The Hindi film has been titled ‘Taanaji’ and has Ajay Devgan playing the titular role. For now, the menacing look of JB in a thick beard and armed get up has created an even bigger interest for his Hindi debut.