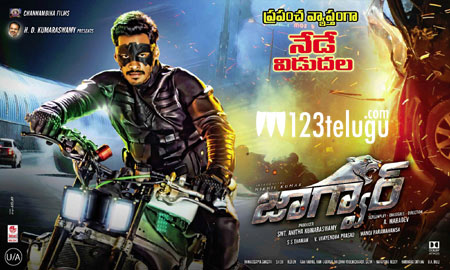 Nikhil Gowda’s Jaguar opened quite well in B and C centers today. Though the film received a lukewarm response from multiplexes and critics, crowds in mass centers seem to have responded more favorably to the film.

The film has been made with a lavish budget and a lot of money was spent on promotions as well. The movie has been directed by Mahadev and senior actors like Jagapathi Babu and Ramya Krishna have played important roles in the movie.