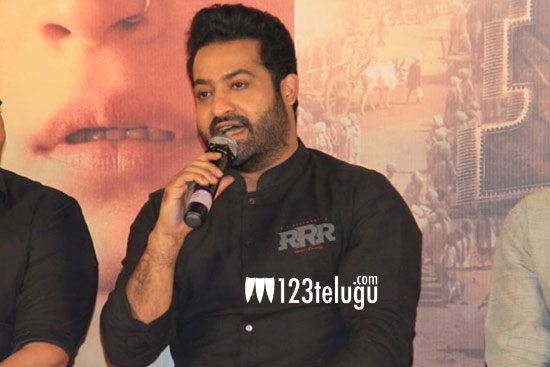 The trailer of SS Rajamouli’s RRR gained a tremendous response from everywhere. In the meantime, the team RRR is busy attending press conferences in major cities.

During the press conference, Tarak remembered the late Kannada superstar and his friend, Puneeth Rajkumar.

In his honor, Tarak sang the ‘Geleya Geleya’ song on stage and also revealed that he will never sing this song ever again.

The actor with a heavy heart said, “wherever he is, his blessing should always be on us.” The star-studded, RRR is all set to release in theaters worldwide on January 7, 2022.