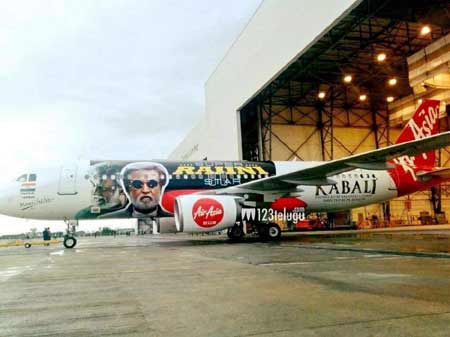 The promotions of Kabali have been going on in full swing off late and they took a whole new turn as Air Asia airlines painted an entire plane with the poster and pictures of Rajni and Kabali.

These promotions have created a sensation and got the attention of even the international media. This is the first time that something like big has been planned for any Indian film till date.

The film which is ready for release soon is being promoted on a huge scale and the trade pundits reveal that the film is going to take some humongous opening on the first day of its release.

Directed by Pa Ranjith, this film has Rajni playing an ageing don.