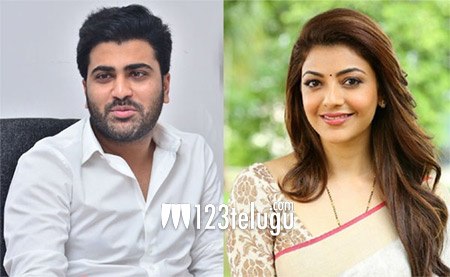 Until a month ago, there were reports that star heroine Kajal Aggarwal will be one of the female leads in Sharwanand’s 28th movie which is being directed by Sudheer Varma. The makers recently flagged off the first schedule with Kalyani Priyadarshan.

As per the latest reports, after much deliberation, Kajal has finally given her nod to the project. An official announcement is awaited from the makers regarding Kajal’s inclusion in the movie. This as-yet-untitled film is being produced by Suryadevara Naga Vamsi under Sithara Entertainments banner.