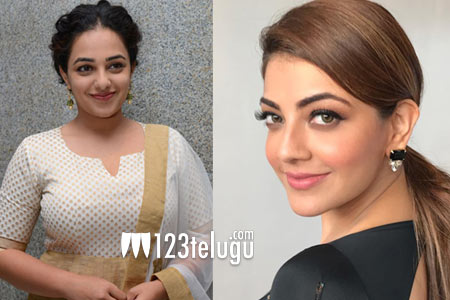 It’s already reported that actor Nani is turning producer for the second time with debutant Prashanth Varma’s film. The film’s pre-production work is going on for the past few days and the film will go on floors later this year.

Now, as per the latest reports, Nani is in talks with star heroines Kajal Aggarwal and Nitya Menen for the movie. Apparently, one of these two beauties will be essaying a cameo while the other actress will play a lead role. More details are awaited.