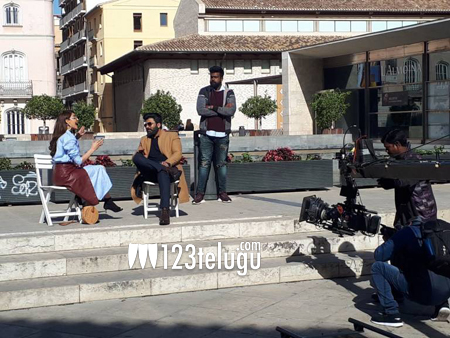 We had recently reported that Sharwanand and Kajal Aggarwal were shooting a song in several picturesque locations in Valencia, Spain. As per the latest updates, nearly 250 dancers and extras have been roped in for this song. Popular tourist destinations in Valencia are being used as the backdrop. The Spain schedule will last for 3 weeks.

This as-yet-untitled film is a period gangster drama. The film is being directed by Sudheer Varma. A major portion of the shoot will be wrapped up with the Spain schedule. Hello actress Kalyani Priyadarshan will also be seen in a key role in the film. Suryadevara Naga Vamsi is bankrolling the film under Sithara Entertainments banner.