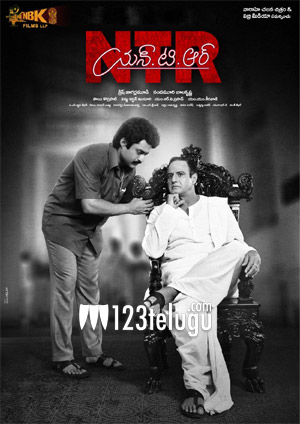 We all know that Nandamuri Kalyan Ram will be reprising his dad in the upcoming biopic NTR. The first look poster of Kalyan Ram as Harikrishna was released today on the occasion of Dussera.

Seen here in the above picture is Kalyan Ram as Harikrishna posing with Balayya who plays NTR in the film. This look has brought many memories as Harikrishna was a crucial right hand to his dad during NTR’s political journey.

Krish directs this film which has music by Keeravani. The various looks of the film that have been revealed so far have only doubled the craze for the film.