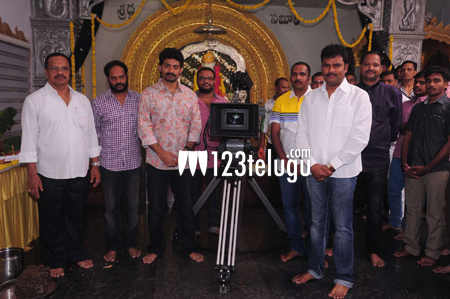 After tasting not much success with Om 3D, Kalyan Ram is back with yet another action entertainer in Sher. The pooja formalities of this film were kick started today morning in Hyderabad.

Mallikarjun, who earlier directed Kalyan Ram’s Katthi is also directing this flick.. Sher is produced by Komara Venkatesh, and will have a new heroine cast opposite Kalyan Ram.