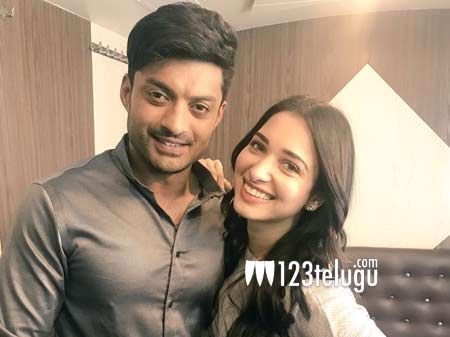 The whole team of Naa Nuvve is all praise for Kalyanram and Tamannaah for their dedication and hardwork. The actress had recently revealed that she was learning Tango, a dance form that she has never dabbled with, for the film.
And much to her delight, Kalyranram too was said to be in perfect sync with her.

And it looks like, their moves in the song have come as a big surprise for both the choreographer and also the director of the film. The actress has been rehearsing for a song for the past few days, and when Tamannaah thanked Brinda, choreographer, for being patient with her, the latter complimented her saying, “Tamannaah, you are a great dancer.”

“I’m Glad I got to perform this amazing dance form with you @NANDAMURIKALYAN the best dance partner I could have ever asked for #NaaNuvve,” Tamannaah said, adding that she had great fun dancing to all the songs in the film. Jayendra is directing the film and PC Sreeram is the cinematographer.