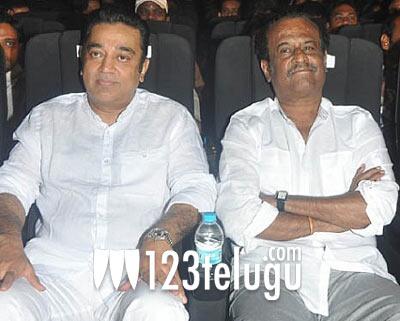 It is a known fact that superstar Rajinikanth settled the heavy losses incurred by his latest release Lingaa. Condemning his act strongly, Rajini’s best friend and superstar Kamal Haasan said that Rajini chose a wrong path as it was no need for him to bear the losses, and such practises should be stopped soon.

Made on a high budget, Lingaa faced huge losses at the box office and Rajini ended up paying the distributors their money back. Meanwhile, Kamal Haasan is busy giving finishing touches to his latest film Uttama Villain which is gearing up for release soon.