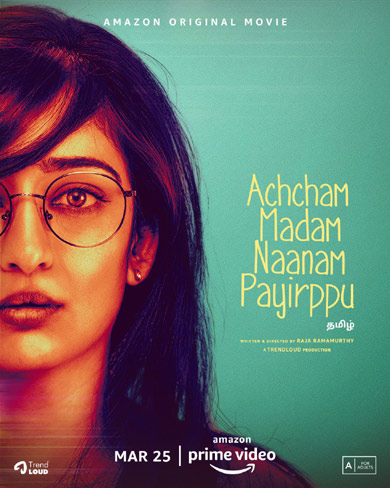 Kollywood actress, Akshara Haasan, daughter of Kamal Haasan and sister of Sruthi Haasan, is ready to entertain audiences with her new film, Achcham Madam Naanam Payirppu. Directed by Raja Ramamurthy, the movie has made the headlines again.

Leading OTT platform, Amazon has announced that the movie will be premiered on its platform from March 25, 2022, onwards. Besides, the makers have also released the movie’s trailer.

Renowned playback singer Usha Uthup, Malgudi Subha, Anjana Jayaprakash and others are also a part of this OTT movie. The Amazon original movie is produced by Trend Loud.