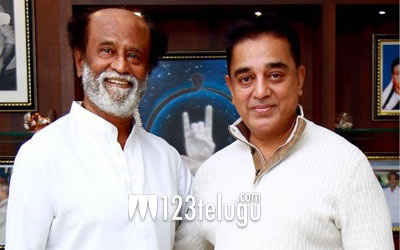 A mega multi-starrer featuring the two acting giants of Tamil cinema, Kamal Haasan and Rajinikanth, has been a long-cherished dream for their fans. Now that both Kamal and Rajini entered active politics, the multi-starrer dream remains elusive.

In a recent interview, Kamal resonated similar views. “Rajini and I are busy with our political commitments and also reduced or movies. I’m afraid, a multi-starrer with him is no longer a possibility in near future,” said Kamal.

Kamal had earlier announced that he will take a break from acting after Sabhash Naidu, Vishwaroopam 2 and Indian 2. On the other hand, Rajini is said to be mulling retirement after his ongoing 162nd project.