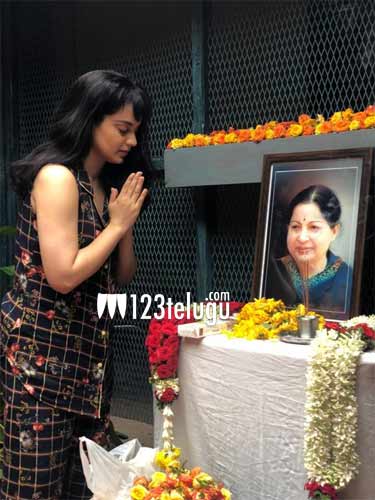 So much is being said about Kangana’s look from her biopic Thalaivi which has gone viral now. The shooting of the film is going on in full swing.

Now, a snap from the set has gone viral. Seen here is Kangana paying her homage to the legend. The talk is that she observed a few minutes of silence on the sets of Thalaivi on the occasion of her death anniversary.

Thalaivi is directed by Vijay and Vishnu Induri is producing it. Arvind Swamy plays MGR in this film which will be out in 2020.