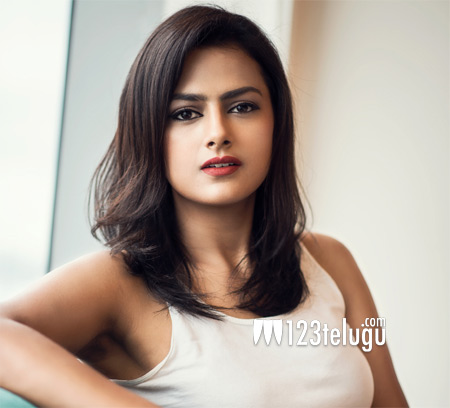 Recently, Nani’s 23rd film, Jersey, had its inaugural ceremony. The film has Kannada actress Shraddha Srinath playing the female lead. Gowtam Tinnanuri will direct the movie and Sithara Entertainments banner will bankroll it. The film’s shoot will begin today.

In a latest interview, Shraddha said that she is so glad to be acting alongside Nani. Shraddha revealed that Jersey has a lovely story about sports, emotions and relationships. She went on to say that she plays the partner of Arjun, the character played by Nani in the movie.

Shraddha has already acted in a couple of Telugu movies which are ready for release. She is well-known to Telugu audiences for her role in Mani Ratnam’s Cheliyaa.