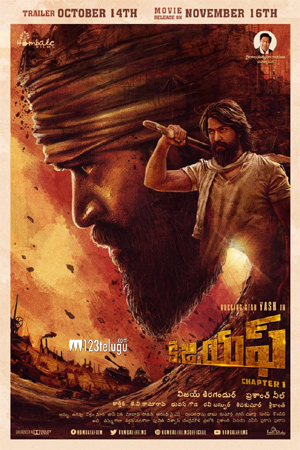 Kannada actor Yash’s upcoming bi-lingual period gangster drama, KGF, will have a simultaneous release in Telugu and Tamil with the same title. The film’s unit has kick-started the promotions and released the first look poster.

Yash’s close friend and Tamil hero Vishal unveiled the poster a while ago and conveyed his wishes to the team. Star heroine Tamannaah will be seen shaking a leg with Yash in a special song.

Directed by Prashanth Neel, the film has Srinidhi Shetty as the female lead. Vijay Kiragandur is bankrolling this high budget entertainer. KGF is scheduled for a November 16th release.