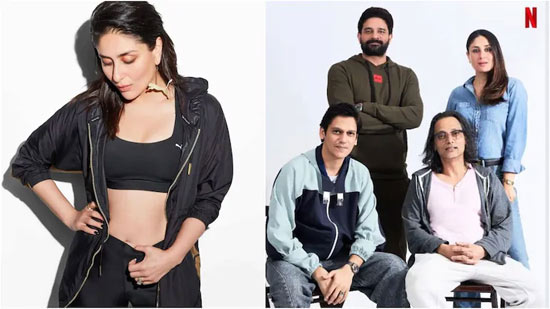 The word is that Kareena’s first OTT project is with Netflix’s screen adaptation of Japanese author Keigo Higashino’s The Devotion of Suspect X. It is being helmed by Sujoy Ghosh and will also star Vijay Varma in a key role.

“And so it begins 12th Street Entertainment and Northern Lights Films in association with Boundscript and Kross Pictures present a Netflix Original directed by Sujoy Ghosh. Produced by Jay Shewakramani and Akshai Puri. Produced by Sujoy Ghosh and Thomas Kim (sic).” she posted.