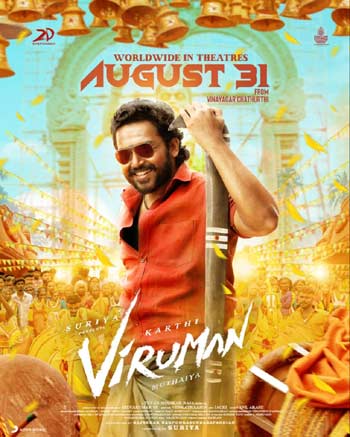 Young and promising Kollywood actor Karthi is coming up with another action drama titled Viruman. Written and directed by Muthaiah, the movie is in the news again

The makers of the movie have announced that the film will be released on August 31, 2022. A brand new poster has been released to announce the same.

Produced by Suriya and Jothika under the 2D Entertainment banner, the movie has Aditi Shankar as the leading actress. Prakash Raj, Saranya, Soori and others are playing key roles in this movie, which has Yuvan Shankar Raja’s music.