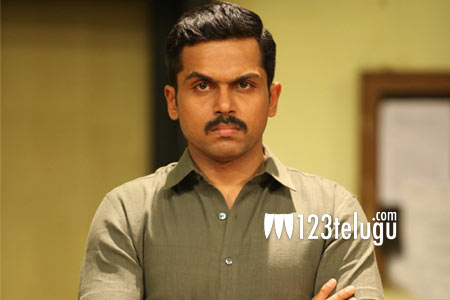 Karthi’s upcoming action entertainer, Dheeran Adhigaram Ondru’s shoot is going on at a brisk pace. Meanwhile, the latest update is that the makers are planning to release the film for Diwali.

Touted as a high voltage cop drama the film will have a simultaneous release in Telugu as Khakee. Star heroine, Rakul Preet Singh will be seen as the female lead in this film.

Directed by Vinoth the film is produced under Dream Warrior Pictures banner. Keep watching this space for more details regarding this project.