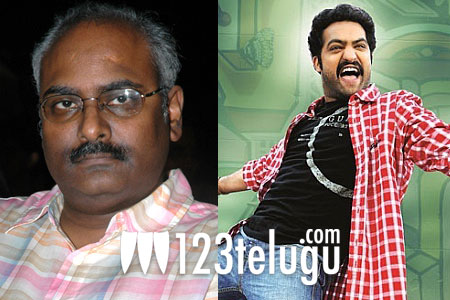 Music Maestro M.M.Keeravani’s music label Vel Records has bagged the audio rights of Young Tiger NTR’s upcoming action entertainer ‘Dammu’ for a whopping price. Keeravani has composed the music for this movie and he is very confident about the success of the audio album. Ace director S.S.Rajamouli has also publicly praised the tunes of the movie on multiple occasions.

Dammu has NTR and Trisha in the lead roles and Kartheeka is the second female lead. Boyapati Sreenu is the director of this movie and Alexander Vallabha is the producer. Dammu is being presented on creative commercials banner by K.S.Rama Rao