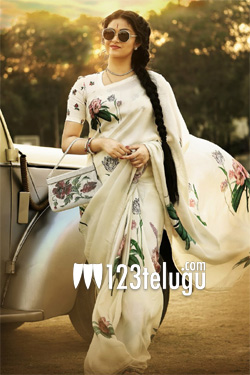 With each passing day, the buzz for Mahanati is getting quite high. The interesting posters have raised the expectation levels for the film in a big way all over.

Every now and then, the makers are releasing some new posters of Keerthi Suresh as Savitri and they are being appreciated in a massive way on the social media. Keerhty’s striking resemblance to Savitri is drawing a good applause from all over.

Samantha also plays a key role in this film which is being directed by Nag Ashwin.Vyjayanthi Movies produces this film.