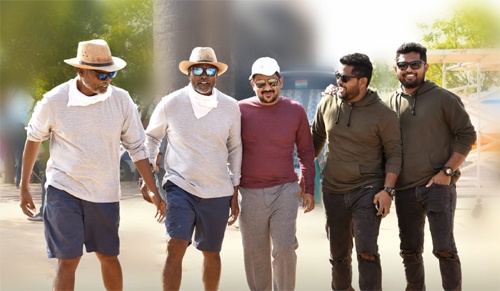 A huge jail set has been erected at a studio in Hyderabad to can a crucial action episode in the movie. Khiladi is an out-and-out entertainer and it also features young beauties Dimple Hayathi and Meenakshi Chaudhary as its leading ladies. Koneru Satyanarayana is bankrolling the movie and Devi Sri Prasad is scoring the soundtrack.