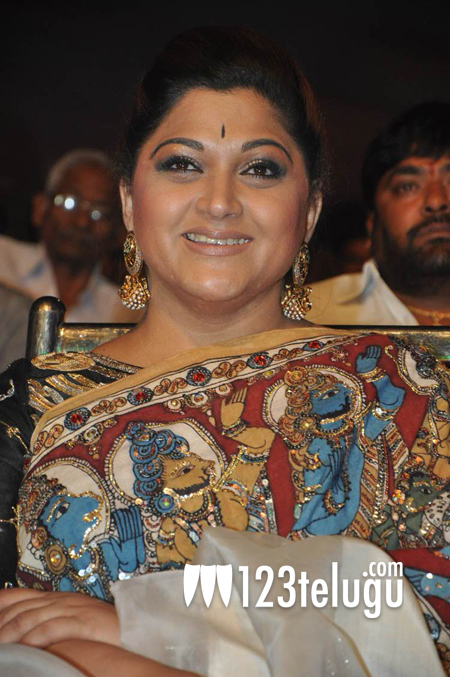 Veteran actress Khushboo, who once commanded a mind boggling fan base, has landed in another controversy. A right wind Hindu outfit from Tamil Nadu, Hindu Makkal Katchi , has demanded a public apology from the actress for wearing a saree that has the images of Hindu deities on it. Khushboo was seen with the saree during the audio launch of Trisha and Vishal’s ‘Vetadu Ventadu’.

The actress has refused to comment on the issue, stating that “I will not react to such silly charges made by some people who are out to seek publicity”. Many years ago, Khushboo ran into trouble for making some comments about the virginity of women.

Will Khushboo be forced to tender an apology or will she ride out the storm? That remains to be seen.