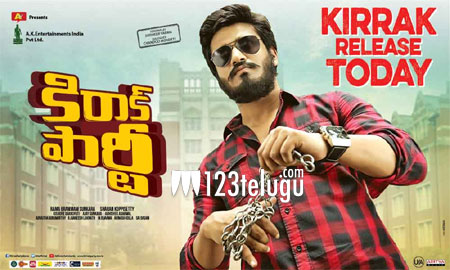 Nikhil’s latest campus drama, Kirrak Party, released worldwide today amidst a huge buzz. The film is releasing in over 130 screens across America, which is the biggest release for the young hero.

And now, Kirrak Party has registered Nikhil’s career best opening in US. Until 9:30 PM PST, the film grossed $104,488 from 104 locations. Nikhil’s previous best was Keshava’s $55,507. Going by the pace, the film may end up collecting over $125K from the Thursday night premieres.

Debutant Sharan Koppisetty has directed the film. Newbies Simran Pareenja and Samyukta Hegde are the leading ladies in the movie. Anil Sunkara has produced the movie.