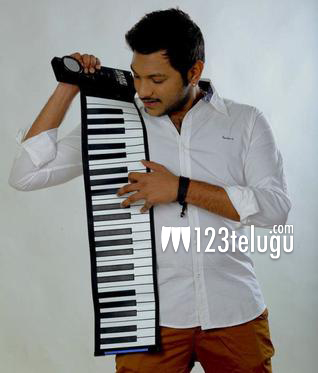 Popular music director Koti’s son, Roshan Salur, is making his debut as a music composer with the film ‘Gayakudu’. The young composer has been trained in music production at a reputed music institute in New York. Even though the film had its audio launch long back, its release has been delayed for reasons unknown. Roshan is quite content with the success of the songs he composed for the film.

Said to be a musical love story, ‘Gayakudu’ is the story of a singer who leads a cheerful life, and the interesting twists that take place after he comes to know the secret behind his birth. The film stars Siddhans and Akshara, the girl who acted as Samantha’s sister in Dookudu.

Directed by Kamal, the film is being produced by Ravindranath. The makers are planning to release the film in February.