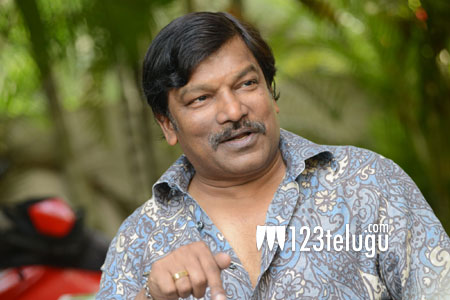 ‘Creative Director’ Krishna Vamsi is quite anxious about how people are going to react to his latest film Nakshatram. The film stars Sundeep Kishan, Regina, Sai Dharam Tej and Pragya Jaiswal in lead roles and it narrates the story of a bunch of police officers, and the lives they lead.

In a Facebook post, just a day before the film’s release, Krishna Vamsi said, “One more day…For the last year and a half, I’ve been breathing, eating, sleeping, struggling, loving and challenging….living this Nakshatram every second. Even though I’ve experience of making 19 films behind me, I don’t know why I’m so anxious this time. The film used all my intellectual, emotional, psychological and social forces to make it. I’ve tried to address certain cancerous social issues, tried some new aspects of screenplay, innovative visual narration, a radical way of song and music concepts and new style of mixing sound.”

He also admitted that he pushed every actor and the technician to their maximum limits. Interestingly, after a very long time, Krishna Vamsi expressed his desire to watch the film sitting amidst the public in a theatre. It certainly looks like there’s a lot riding on the film for Krishna Vamsi, both personally and professionally.