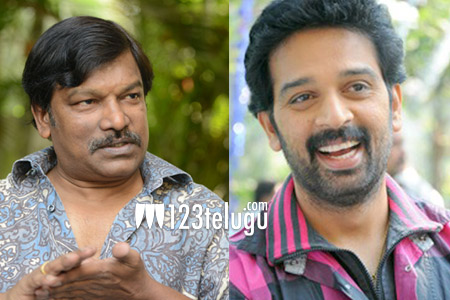 Day after day, the Krishna Vamsi’s new film, Nakshatram is growing big. Now, the latest news reveals that Krishna Vamsi’s close friend and hero J D Chakravarthy will be seen in a cameo in the film.

Krishna Vamsi himself revealed the news by releasing a small video. The film already has young heroes like Sundeep Kishan, Sai Dharam Tej, Pragya Jaiswal and Regina as the main leads. If one can remember is was Krishna Vamsi who gave Chakravarthy his biggest hit till date in the form of Gulabi.

The shooting of this film is nearing completions and a release date will be announced soon.