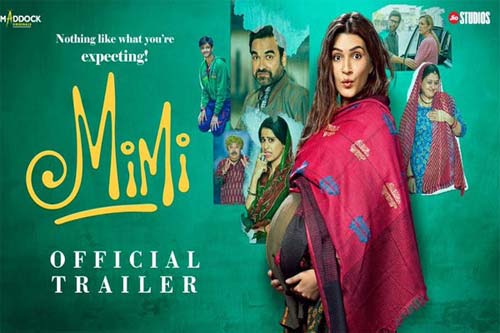 Kriti Sanon started her career in Telugu and then shifted to Mumbai and since then, she has been doing only Hindi films. With each project, she has been making a lot of growth as an actress.

For the first time, she is doing a female-oriented film called Mimi. The film is based on surrogacy and today, the makers revealed the fun trailer for the audience.

Kriti Sanon is seen as this bold small-town girl who readies herself to be a surrogate mother. Pankaj Tripathi also plays a key role in this unique film which has its heart in the right place.

The emotions, fun angle, and the rest of the aspects make this film a laugh riot and quite contemporary as well. The film will be out soon on Netflix for an OTT release.