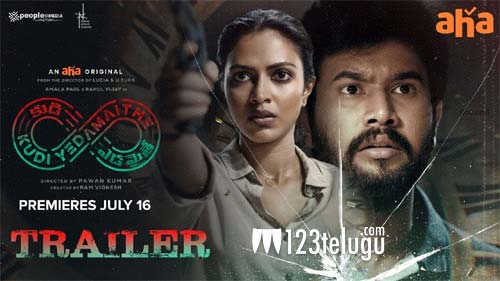 Amala Paul is back with one more web series called Kudi Yedmaithe. The series will be out on AHA soon and meanwhile, the makers released the trailer.

Based on the time loop concept, this trailer looks quite intriguing and gives an idea that the show is going to be intense and filled with suspense as well.

Directed by Pawan Kumar, this series also has hero Rahul Vijay in a key role of a delivery boy. Both the actors are interlinked in a case and all this is shown well in the trailer. The BGM and camerawork are quite good and make up for a racy watch.