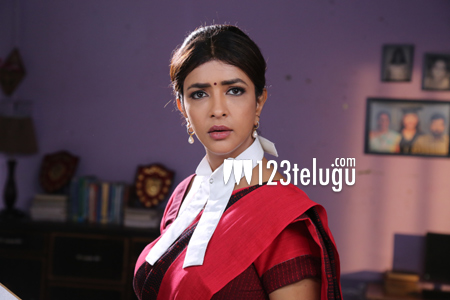 Last night, the theatrical trailer of Lakshmi Manchu’s upcoming movie, Lakshmi Bomb, was unveiled along with the film’s audio album. The trailer comes across as a huge surprise with its strikingly unexpected plot.

All these days, Lakshmi Bomb has been perceived as an intense social drama. However, the trailer showcased how different the movie is going to be as elements like comedy, horror, thriller and intense drama intertwined altogether. Lakshmi Manchu plays the role of a judge, but she seems to be doing much more in the movie.

Karthikeya Gopalakrishna is the film’s director and Suresh Reddy is the producer. Lakshmi Bomb is set for a Diwali release.