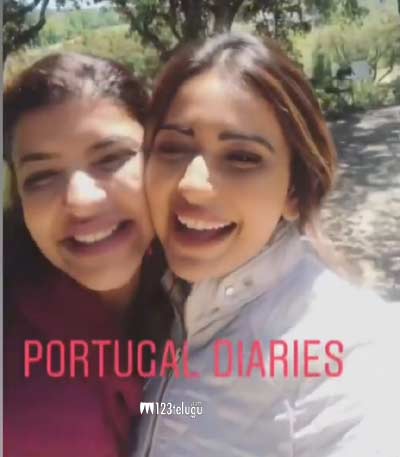 Lakshmi Manchu, who is currently on a vacation, surprised her followers on social media when she posted a video of Nagarjuna and Rakul Preet on Instagram. The actress, who is a close friend of both the stars, is currently in Portugal, where she is seen bonding big time with the Manmadhudu 2 team.

For the past few days, Nagarjuna, Rakul, and Vennela Kishore have been shooting in Portugal, and recently, Amala Akkineni too landed there to spend the summer with Nagarjuna. Rahul Ravindran is directing the film, and Annapurna Studios is producing the film.

Lakshmi Manchu had recently acted in Mrs Subbalakshmi, a web series which was aired on Zee5. The actress is yet to announce her next project.