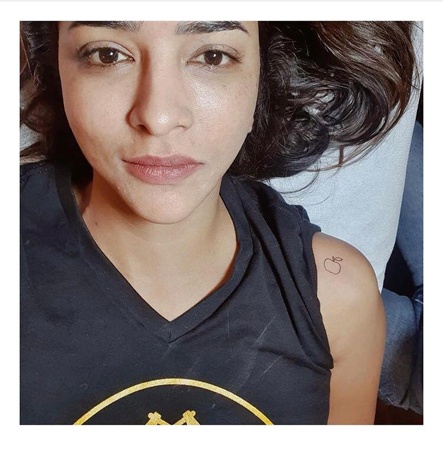 Actress Lakshmi Manchu took to her social media accounts and shared a picture of her new prized possession, a tattoo. Lakshmi got herself inked with an apple tattoo and it has an adorable connection with her 7-year-old doting daughter, Nirvana.

Not many are aware that Lakshmi fondly calls her daughter Apple. Sharing the picture of her tattoo, Lakshmi said that its a symbol she has always been attached to. On the work front, Lakshmi was recently seen in a lead role in the Netflix Telugu anthology film, Pitta Kathalu. She will soon be seen hosting a cooking show on Aha.