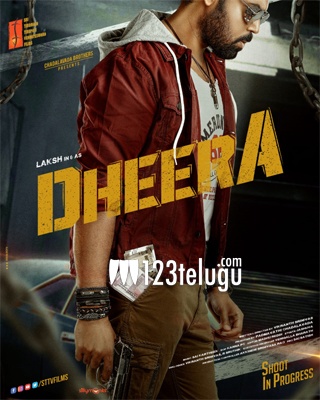 Young hero Laksh, who was last seen in the critically acclaimed movie Valayam, will be seen next in Gangster Gangaraju, scheduled to hit screens on June 24, 2022. In the meantime, the actor’s other movie is in the news.

The actor is currently busy shooting for his next venture Dheera. The film is helmed by Vikranth Srinivas and has completed a 15 days long schedule in Vizag. In this second schedule, the team canned important scenes and songs in some picturesque locations.

Dheera is being produced by well-known producer Padmavati Chadalavada under the banner of ‘Sri Tirumala Tirupati Venkateswara Films’, while ‘Chadalavada Brothers’ presenting it. Sai Karthik has rendered soundtracks for Dheera as well.