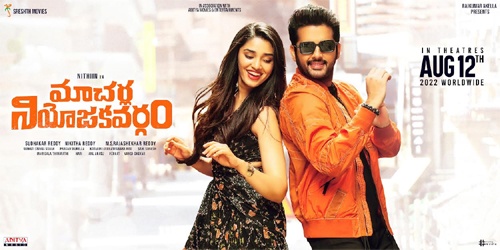 Macharla Niyojakavargam is a film that Nithin pinned a lot of hopes on. But the film started with a dull word of mouth and disappointed the star hero.

Even though the film got the advantage of a long weekend, it did not make much money. Some B and C centers saw a few collections and today as it is the independence day, the film can still make money from a few centers.

Once the weekdays start, most of the other releases will slow down for sure. SR Sekhar has directed Macharla Niyojakavargam and Nithin produced it on his home banner.