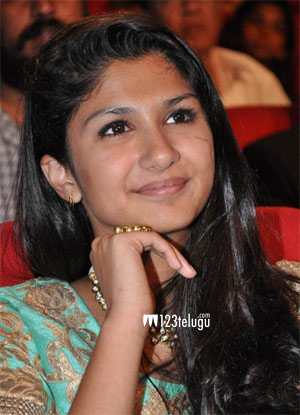 It’s well-known that Tamil star Chiyaan Vikram is introducing his son Dhruv Vikram as a hero. Dhruv’s debut film is titled Varma and it’s an official remake of the blockbuster cult romantic drama, Arjun Reddy. The first schedule for Varma was wrapped up in Nepal a few days ago.

Until now, Varma’s makers have been tight-lipped about the film’s leading lady who will reprise Shalini Pandey’s character from the Telugu original. The latest buzz in Kollywood circles is that senior heroine Gauthami’s daughter Subbalakshmi has been roped in as the female lead in Varma. However, we will have to wait for an official announcement to confirm this speculation.