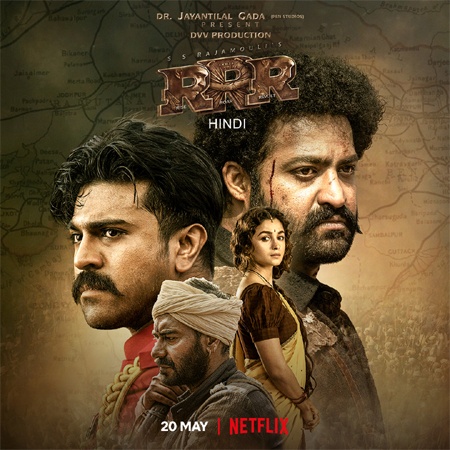 Tollywood star heroes Ram Charan and Jr NTR-starrer latest movie, RRR, is ready to entertain audiences on small screens. The movie, directed by SS Rajamouli, will be available for streaming on ZEE5 from tomorrow onwards.

Netflix took this decision after receiving many requests from the North people. To say, the Hindi version will also be released tomorrow on Book My Show Stream but users need to buy/rent the movie to enjoy it.

You said you couldn't wait to see them and WE COULDN'T EITHER!!
RRR 🐯❤️‍🔥 ARRIVES ON NETFLIX IN JUST 1̶3̶ ̶d̶a̶y̶s̶ ̶ 24 HOURS 🤯🥳 pic.twitter.com/Idrn7XXQJg