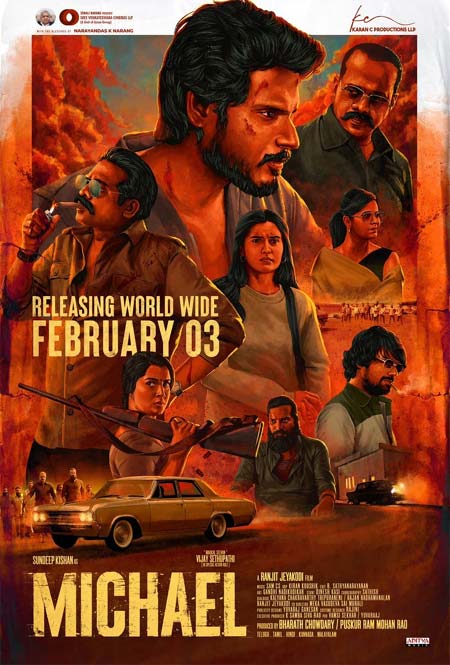 Talented actor Sundeep Kishan’s first pan-Indian film Michael is in the news again today. After releasing a soul-stirring romantic melody, the makers announced something important about the movie.

The makers have revealed that the action thriller Michael is locked to hit screens worldwide on February 3, 2023. An interesting poster has also been released by the makers to announce the same.