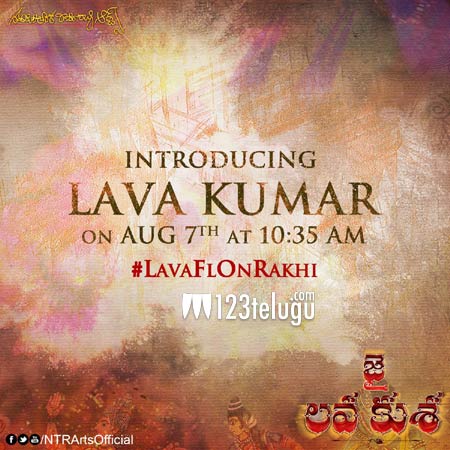 Now that the promotions are in full swing, the makers of NTR’s Jai Lava Kusa have finally announced that the teaser of Lava’s character will be out on the 7th of August at 10.35 AM.

There is a superb craze for this film and half of the credit goes to the first teaser of Jai which created all records online. It will be really interesting to see how NTR will be seen in this role which is one among the three he plays in the film.

Bobby directs this film which is being produced by NTR Arts. Raashi Khanna and Nivetha Thomas play female leads and DSP scores music.