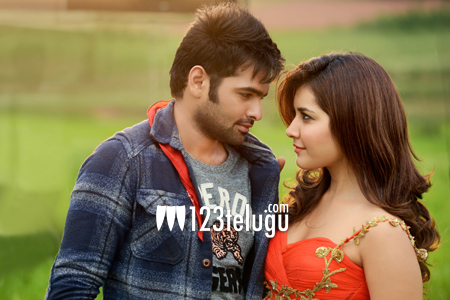 For the last few months, young hero Ram, has been working very hard on his upcoming film ‘Shivam’. The film is up for release soon and sources close to us reveal that the chemistry between Ram and Raashi Khanna has worked out quite well and will be a major highlight of the film.