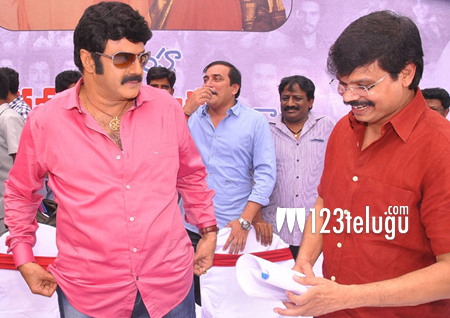 Nandamuri Balakrishna’s ‘Legend’ is currently being shot in Hyderabad. Key scenes are being shot at Ramoji Film City and the film’s Hyderabad schedule will end today. The next schedule of the film will begin in Vizag from the first week of November.

The movie is expected to be a powerful action entertainer, with good emotional depth. Boyapati Sreenu is the director of the film and he is teaming up with Balakrishna for a second time, after the super success of ‘Simha’. Jagapathi Babu will be seen as the villain in this movie.

Devi Sri Prasad is scoring the music for this project. 14 Reels Entertainment banner is producing this movie and Sai Korrapati of Varahi Chalana Chitram is acting as the presenter. ‘Legend’ is expected to hit the screens in early 2014.