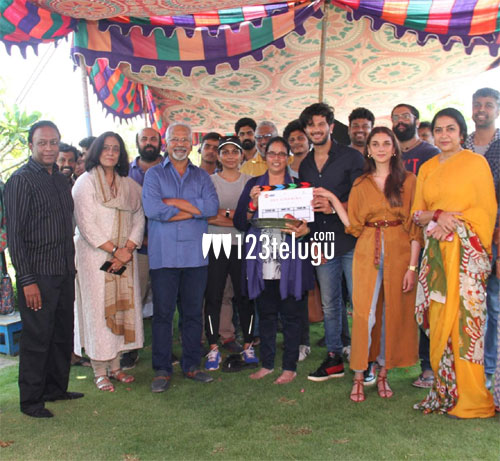 Dulquer Salman is super high with the success of his latest film Kanulu Kanulu Dochyanate which has been declared as a hit film.

He is doing some crazy projects and one among them is a love story in the direction of legendary dance director Brinda Gopal.

The film was launched today and the regular shooting has also started. Kajal and Aditi Rao Hydari play female leads in this film that has been titled Hey Sinamika.